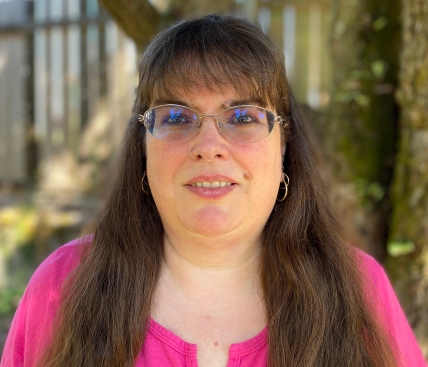 Sheri Breault Kreitner grew up in Massachusetts on the shores of the Atlantic Ocean in the small town of Wareham. Her appreciation for writing began with reading, which was supported and encouraged by her parents who were avid readers themselves. Her passion for writing however was sparked while she was attending elementary school where she was first exposed to Edgar Allen Poe’s Tell Tale Heart. Her first attempt at fictional writing was a simple school assignment for which she wrote Lori and the Cream Colored Horse, which was about a friendship between a girl and her Palomino horse. Mrs. Peel, her sixth grade teacher, recognized Sheri’s ability with storytelling and encouraged her to explore her aspiration to be an author. Once the inspiration to write was realized, Sheri continued to explore the world of words and began her journey of self-expression in writing poetry, plays, and prose. While most of her early works were lost, her passion with language was not and while earning a Bachelor of Arts degree in Theater, Sheri also minored in English attending numerous courses in creative writing.

Sheri, writing under the name CricketSong, was the author of the monthly column, Musings of a Massachusetts Witch for PaganPages.org from January 2010 to April 2014 and was  the Editor-in-Chief (and founder) of Circle of Friends, a monthly electronic magazine that was publicly available from October 2013 until June 2016. She was also a contributing author to that magazine writing numerous columns; the most significant offering being the ongoing fictional series titled Secrets of Syn, which is now available on its own website, as well as in paperback form through Amazon and Barnes & Nobel.

Her previous work includes; a fictional novel titled The Prodigal Son, which is available in Amazon and Barnes & Nobel, a short story titled The Pickman Sisters of Salem that was included in Twisted Wing Productions anthology My American Nightmare: Women in Horror Anthology available on Kindle through Amazon and a book of pagan poetry written under the name CricketSong with artist Nakita Melo titled A Witch’s Voice, which is available through Amazon, Barnes & Nobel, and in selected shops.

She is currently writing a Lovecraftian horror novel titled, The Claiming of Parker Green. 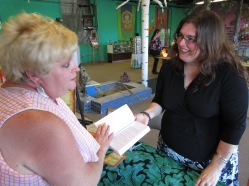